Students in ED 407 Emerging Instructional Technologies have been learning about augmented reality this past week. Augmented reality takes many forms - from complex and expensive to simple and affordable - with this in mind, students were asked to create two scenarios (K-12 and Jr/Sr. level college of ed) showing how augmented reality could be used to enhance the teaching and learning environment. Additionally, there were asked to discuss the social, emotional and physical pros/cons of the implementation. The following scenario is a great example of using augmented reality to positively affect the teaching and learning environment in a K-12 science classroom. Kudos to Miranda and Diane.


Augmented Reality
K-12 Scenario:
"But I've Never Even Seen a Real Volcano"
(Science/Language Arts Lesson)
Mrs. Smith's third grade class is reading an expository text in language arts titled, "Volcanoes". Mrs. Smith has covered the vocabulary terms with her students, and they have read the story twice as a class. She has also shared pictures and video clips with her students. However, Mrs. Smith notices that her students are not truly understanding volcanoes. What is her solution? Mrs. Smith has access to special glasses that turn blank space into a 3D virtual image that can be explored and manipulated by her students. She decided to use these glasses (her classroom has two pairs) to set up a volcano center during center time for a week. She places additional books on volcanoes, handouts on volcanoes, and the glasses at the center. In the center the students also find instructions on how to use the devices.
Students can use the glasses to see a virtual 3D image of a volcano. They can rotate the volcano to view different angles, and they can also choose to view an erupting or inactive volcano. The students can also "split" the volcano in half and view the inside of the volcano. The glasses even have a special feature that allows the students to "tap" an area on the image and quiz themselves. For instance, Sally taps the red fire pouring out of the volcano and says "magma". The glasses then show a green check mark to show Sally she has answered the question correctly. This isn't all! Sally can also "tap" the magma in order for some fun facts to be displayed.
It turned out that Mrs. Smith was right on track in deciding to use the glasses to help her students understand volcanoes and the vocabulary associated with them. Most students, in fact probably all of her students, have never had the opportunity to see a real volcano. Therefore, the glasses allowed the students to see, inspect, and experience a "real live" volcano without ever spending money or leaving the classroom.
This scenario is a great example on how teacher's can use augmented reality devices to help students learn about things that may normally be "out of reach" due to safety concerns or money constraints. This scenario also shows how students can use augmented reality to learn more on a topic in an interesting and engaging way. Augmented reality also allowed the students in this scenario to explore on their own and decide just what parts of a volcano they wanted to learn about.This allows the students to have some control of their cognitive development. It also helps them develop physically as they learn to manipulate the glasses to perform the tasks they wish to perform. This "self-exploration" also encourages the student to love learning and gives them self confidence when they are proud of what they accomplish on their own or are able to do by themselves. The two students in the center can also discuss and teach one another how to use the glasses. This helps them develop social skills.

If an educational act is to be efficacious, it will be only that one which tends to help toward the complete unfolding of life. To be thus helpful it is necessary rigorously to avoid the arrest of spontaneous movements and the imposition of arbitrary tasks.

Count it all joy, my brothers, when you meet trials of various kinds, for you know that the testing of your faith produces steadfastness. And let steadfastness have its full effect, that you may be perfect and complete, lacking in nothing.

I humbly thank my wonderful family for their support in all that I do. Robert Robbie Cowan, Robert Drew Andrew Cowan, and Hunter Cowan Hartselle, Decatur, AL 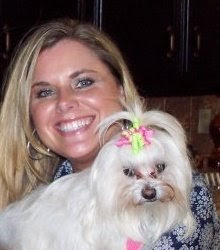